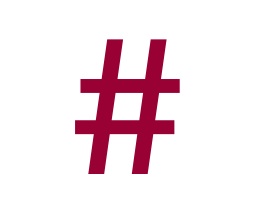 Social media marketing – it’s not always about you

Twitter may also be in the middle of a self-inflicted injury, also acquired in the name of making related posts easier to follow. Last week, Twitter introduced “the blue line,” a vertical line that connects related conversations among Twitter users. So far, the user response has been less than enthusiastic, but the company hasn’t shown any signs of backing away from the thin blue line. Twitter says it has added the blue line to make it easier for readers to follow a complete Twitter thread.

On the other hand, the hashtag is quite at home on Twitter, and doesn’t produce the same negative effect that it does on Facebook. Using social media hashtags, therefore, is only acceptable where the user thinks they belong, regardless of how helpful or useful they might be.

The blue line on Twitter is a little different. The user doesn’t have any control over whether the platform inserts a blue line to connect conversations, so even if readers don’t find the blue line attractive or helpful, the Twitter user is stuck with the blue line until either the user base gets used to it, or Twitter decides to drop it. Will the blue line turn out to be enough of a turn-off to cause Twitter to rethink this move?

Users sometimes have enough clout to bring about change, but even popular demand is no guarantee that a platform is listening. Take the mythical Facebook “dislike” button. Facebook users by the zillions have asked for a “dislike” option as the natural corollary to the platform’s iconic “Like” button almost since the latter was introduced in 2009. Facebook still hasn’t given in to this request, despite numerous advancements and improvements over the years, and isn’t likely to, unless Facebook CEO Mark Zuckerberg does an about-face on his dislike of users disliking things in the context of Facebook.