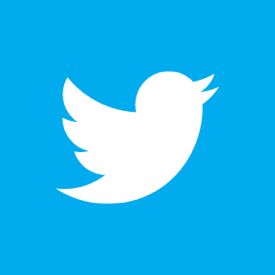 Twitter is a popular social media platform that is based on the short-message service protocol. The short-message service is designed to support text messaging, so messages are limited to no more than 160 characters. Twitter’s character limits differ slightly. A Twitter message – called a “Tweet” – can be no longer than 140 characters in length, including spaces, punctuation and other special characters. A Tweet also features “hashtags,” which are keywords that enable users to search for and find related Tweets quickly. (A Twitter hashtag looks like this: #hashtag.) Twitter has been active since 2006 and has more than a half-billion registered users worldwide.

Twitter provides an opportunity for businesses to reach out directly to consumers. Messages are delivered to mobile phones and connected Internet devices. The service is strictly opt-in, which means that users must choose to “follow” a particular Twitter feed to see a specific user’s Tweets. According to Twitter’s terms of service, individuals and businesses can maintain Twitter accounts.

Twitter is also a two-way service, which means that users can direct Tweets toward a specific user, and the Tweets can be private (no one, except the intended recipient, sees them) or they can be public (all followers of a Twitter user can see them), depending upon how the message was constructed by the initial user.

Tweets can also be “favorited” by followers, which is akin to “liking” or agreeing with a Tweet, and they can also be “re-tweeted.” Retweeting allows a follower of a Twitter feed to re-send a particular Tweet to his or her own list of followers.

How can Twitter be used for social media marketing?

Twitter has a lot of potential as a component of a social media marketing plan. In Twitter, you have the ability to reach your customers directly, and speak to an audience of “volunteer” listeners. Your followers are highly interested in your product or service.

Twitter messages are also short, so that means your communications are brief and can be processed by your followers quickly. You can embed HTML links in your Tweets, which will allow users to connect quickly to the information you want to share. You can also include hashtags in your Tweets to enable users to find related posts quickly. By including hashtags, you can quickly expand your audience of very interested and highly motivated listeners!

If you would like more information about social media marketing for small businesses, email our creative director, Dave Ramsell or give Dave a call at (330) 243-0651 to set up a consultation.