Effective testimonials and how to get them 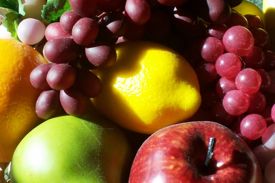 Effective testimonials and how to get them

In my last post, I discussed customer testimonials and the rules that govern their use. In this post, I look at what works best in a testimonial.
A customer testimonial attempts to take advantage of a quirk of human behavior, which is that people tend to be more easily “sold” on something by observing the behavior of the people around them. The more people you can influence, the easier it becomes to influence a greater number of people. In short, you don’t have to work as hard to motivate a crowd as you do to motivate one or two people.
So what goes into making effective testimonials? Effective testimonials are partly artistic and partly scientific. In short, there’s no cookbook recipe for a good, effective testimonial, but there are some tactics that seem to work a lot better than others!

Name recognition One key factor in effective testimonials is name recognition. If a person sees a testimonial from a recognized celebrity or well-known personality, they’re more likely to view the endorsed product or service favorably, provided they also view the endorser favorably. When the star quarterback says, “I love Elmo’s Diner!” the people who love the star quarterback are more likely to visit Elmo’s Diner – not because they also “love” Elmo’s, but because their favorite athlete does. What’s good enough for the star quarterback is good enough for them!

Inspiration Effective testimonials inspire people to think beyond their current situation, or to see the key to improving something they value. What you’re really aiming for in an effective testimonial is motivation, and motivation often closely follows inspiration. Testimonials that use inspirational language can help people visualize an improvement in their status or circumstances. Inspiration doesn’t necessarily involve a lot of words – but rather, it involves a concentrated collection of the right words for the circumstances.

Specifics Effective testimonials are specific when describing actions or results. Generic terms generally don’t motivate or inspire people, and you shouldn’t use them in your testimonials. “This widget saved me hours of time and eliminated my frustration!” is far more effective than “This widget is easily the best I’ve ever used, and believe me, I know my widgets!”

You might be tempted to create “fake” testimonials from relatively anonymous “customers” who wholeheartedly endorse your product or service. These kinds of testimonials fail on most – if not all – levels of effectiveness. “Marion M.” doesn’t have the nearly the same ability to influence people as “John Wayne” does, so fake statements will automatically fail on name recognition. You might get collect some points on inspiration and customization, but you’re guaranteed to fall short on specifics.

At the end of the day, “fake” is deceptive, and the real power of effective testimonials is blunted when it is misused. If your business is new, you’re better off using your website space for other purposes until you can collect some good, solid endorsements from actual customers who will gladly promote your business.

If you’d like more information about using effective testimonials on your website, please contact our Creative Director, Dave Ramsell or give Dave a call at (330) 243-0651 to set up a consultation.
Photo Credit: Garryn H, via FreeImages.com